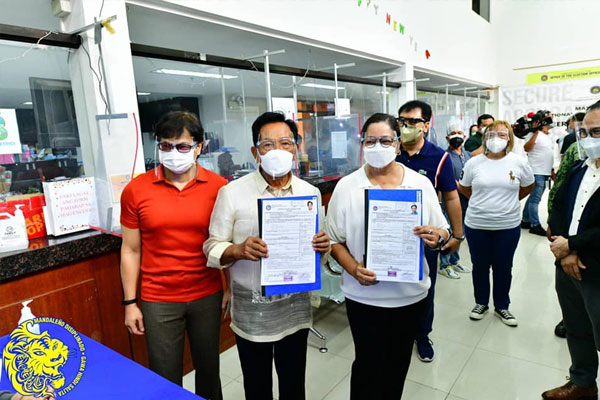 Mandaluyong City Mayor Menchie Abalos, together with her father-in-law, former Commission on Election (Comelec) Chairman Benjamin Abalos Sr. filed their Certificate of Candidacy (COC) on Wednesday at the Comelec office in Mandaluyong, according to a report by Manila Bulletin.

The mayor is well known for her excellent governance of the city, especially during the COVID-19 pandemic wherein the city government was highly recognized for its proactive response.

During the team’s visit, Department of Interior and Local Government (DILG) Assistant Director Debbie Torres lauded Abalos and the city’s medical officials for their hands-on approach in implementing the Ugnayan sa Barangay program wherein the mayor herself, together with city doctors and medical practitioners, visits different barangays to properly explain the ongoing COVID-19 situation, the city’s efforts in stopping the spread of the virus, and to urge its residents to be inoculated by explaining to them the benefits of being vaccinated and the safety of the vaccines.

Torres said the city’s Ugnayan sa Barangay initiative is very commendable because of its tremendous effort in urging the residents to be vaccinated and mitigating the number of people who are still hesitant in getting the jab.